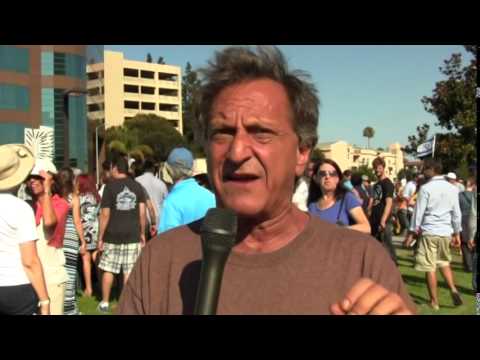 In The KinderGarden of Eden: How The Modern Liberal Thinks, I explain what I call the Modern Liberals’ “Cult of Indiscriminateness” and how their rejection of discriminating thought (which, for reasons explained in the book and elsewhere, they see as the evil act of bigotry) leads them to side only and always with evil over good, wrong over right and the behaviors that lead to failure over those that lead to success. In Volume II (in progress) I’ll be expanding on this to include the pathologies of Modern Liberalism (including the rise, spread and now epidemic nature of the mental illness of Narcissism), how their rejection of discriminating thought leads them to their specific policies (pro-abortion, anti-Israel, etc), the industries of Modern Liberalism and how the language of Modern Liberalism spins reality 180 degrees. Here’s a brief excerpt from that chapter.

With nothing ever to be recognized as superior, the Modern Liberal movement found itself with nothing positive to offer the American people. Previous attempts to truthfully sell their agenda of nihilism and narcissism as itself being positive – with slogans that honestly reflected their ideology such as “tune in, turn on, drop out” and “if it feels good, do it” — were overwhelmingly rejected by the masses and repeatedly led to landslide defeats for the Democrats seeking national office.
The True Believers recognized that if they were going to achieve success in spreading their “Cult of Indiscriminateness” beyond the isolated compounds of the college campuses and a handful of radicalized cities like San Francisco and Hollywood, they would have to repackage their message and hide their true agenda.

Recognizing both the inherent fairness of the American people and the fact that, as a nation of immigrants, tolerance and openness to new ideas was something in which Americans took great pride, the True Believers quickly settled on the idea of selling the indiscriminateness they sought as the “diversity” the American people cherished.

But, whereas the American people thought the True Believers’ efforts to be merely evidence of their support for the American experiment and the greatness of America itself — an endorsement of the “melting pot” that had seen America take only the best from the myriad cultures the immigrant populations had brought with them from around the world – the True Believers had something else in mind entirely.

That is, while the American people believed the Leftists’ calls for “diversity” meant a full menu of options from which society – by employing critical and moral judgment – would choose the good and right options, the Modern Liberals were really selling diversity, as with all things in the Cult of Indiscriminateness, devoid of critical and moral judgment. It was a policy that would, as Modern Liberalism invariably does, champion all that is most evil, failed and wrong while concurrently undermining all that is good, right and successful.

“Diversity,” of course, means nothing more than “different.” By championing mere differentness – with no moral or critical judgment made as to the rightness or goodness of that difference – that which would be elevated is exactly that which critical and moral judgment had previously rejected.
This is because, with the melting pot having “burned” out of society the inferior behaviors and wrongful cultural practices that had made the countries of the immigrants’ origins places to flee, these bad and wrongful behaviors became rare in American society. The rarity of these behaviors was then used by the True Believer to promote them in the guise of creating a more “diverse” society. The more clearly evil, failed or wrong – thus made the more rare by the process of the melting pot – the more its “value” as a means to promote “diversity.”

Conversely, those practices and behaviors that had survived the “melting” and were thus embraced by American society as a whole, became “commonplace.” With common being the antithesis of “different,” the best of the best would be most discriminated against while the worst of the worst would be that which would be given the greatest support.

In other words, the True Believers used the preponderance of the behaviors that had led to America’s unprecedented success as the very excuse to tear down those behaviors while, concurrently, using the rareness of the behaviors which were rare specifically because a discriminating – and already extremely diverse – society had tested and rejected them.

Diversity is a good thing — but only when it means what Right-Thinking people know it to mean: a wide-range of options from which to thoughtfully choose the best. But, since the Modern Liberal is a member of the Cult of Indiscriminateness, he rejects the notion of the better (much less the best) and comes to his choices by no other means than by the rejection of that which society has deemed the better. In Thomas Sowell’s phrase, “That which is held in esteem, qualifies to be their target; that which is held in disdain, qualifies to be their mascot.”

Think of it in terms of “diversifying” one’s stock portfolio. If one is OPEN to alternative and diverse markets and then thoughtfully and rationally picks stocks from amongst the full array, then diversity is a good thing. But to divest the stocks that all meet certain criteria – and have, in turn, been successful – in order to buy stocks that fail to meet those criteria for their mere differentness – is a recipe for disaster. As The Kindergarten of Eden: How The Modern Liberal Thinks’ Unified Field Theory of Liberalism makes clear, “Indiscriminateness of thought does not lead to indiscriminateness of policy. Instead it leads invariably and inevitably to siding with evil over good, wrong over right and the behaviors that lead to failure over those that lead to success” and a not a country of greatness but a Cult of Indiscriminateness.

Evan Sayet is an author and speaker. His lecture to the Heritage Foundation, upon which his book is based, was called by Andrew Breitbart “One of the five most important conservative speeches ever given,” and is now, by far, the single most viewed talk in their history. Evan can be reached to book speaking engagements via his website at www.evansayet.com.


⇦ A Documentary That Can Change Minds ⇨ Horowitz: The Left’s War Against Justice and Peace