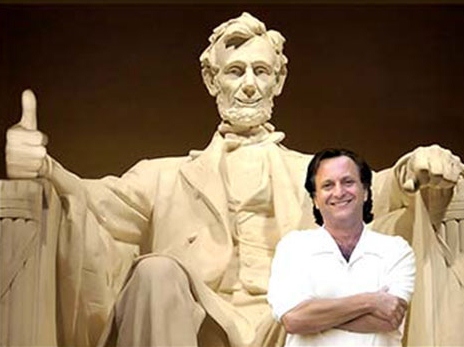 Comedian Evan Sayet has some serious things to say about liberalism in his new book, “The KinderGarden of Eden: How the Modern Liberal Thinks.”

Sayet’s book, available now in either paperback or e-book form, includes some pop culture examinations, including how the song “Imagine” by John Lennon became the perfect symbol of liberal thinking as well as the excerpt below taking Bruce Springsteen to task for decrying good, honest work.

When Adam and Eve suddenly found themselves evicted from Paradise (just as when the child finally becomes an adult), there were only two things they needed to do that they’d never needed to do before.

Suddenly, deprived of God’s generous welfare, they had to provide for themselves by using their intellect to seek out the better things, and then they had to toil to bring those better things about. Since these are the two things that leaving Paradise required, they are the two things that the Modern Liberal is convinced are keeping him – and the world – from returning to it.