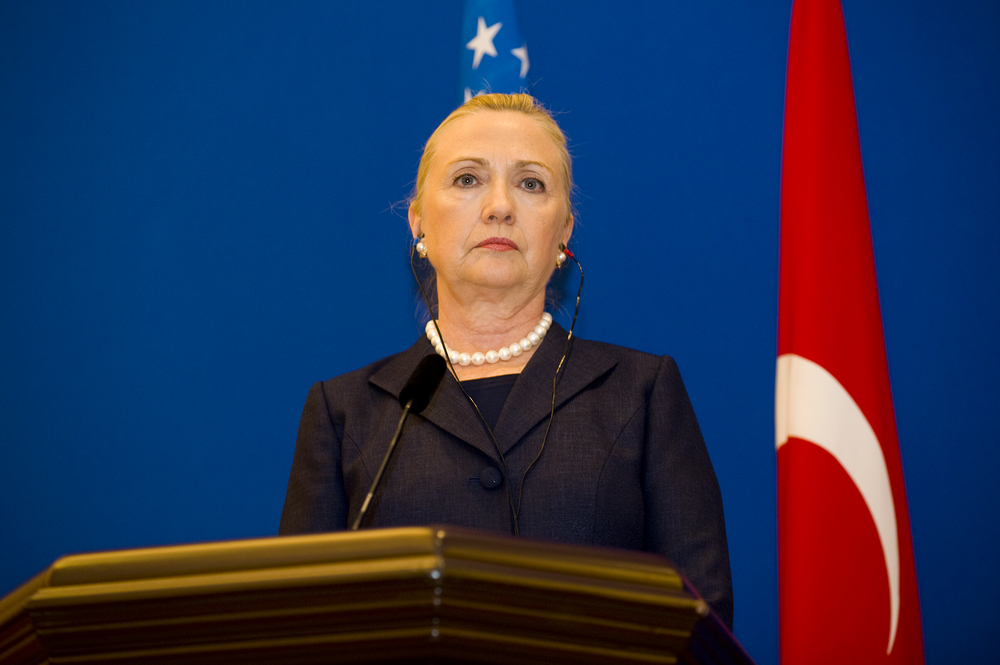 From the “reset button” to Behghazi, Hillary Clinton’s run as Secretary of State has been for America. Tim Brown of Freedom Outpost put together a terrific piece that exposes how her failures run even deeper.

More damning evidence is coming out about former Secretary of State Hillary Clinton. According to top Pentagon officials and a senior Democrat member of Congress, they didn’t put any faith in Clinton’s 2011 war in Libya, according to secret audio recordings which were recovered from Tripoli.

According to the sources, they sought to go around the Clinton State Department and open diplomatic channels with the Gadhafi government in an effort to stave off what eventually followed.
The Washington Times reports:

The tapes, reviewed by The Washington Times and authenticated by the participants,chronicle
U.S. officials’ unfiltered conversations with Col. Moammar Gadhafi’s son and a top Libyan
leader, including criticisms that Mrs. Clinton had developed tunnel vision and led the U.S.
into an unnecessary war without adequately weighing the intelligence community’s concerns.

“You should see these internal State Department reports that are produced in the State
Department that go out to the Congress. They’re just full of stupid, stupid facts,” an
American intermediary specifically dispatched by the Joint Chiefs of Staff told the Gadhafi
regime in July 2011, saying the State Department was controlling what intelligence would be
reported to U.S. officials.

At the time, the Gadhafi regime was fighting a civil war that grew out of the Arab Spring,
battling Islamist-backed rebels who wanted to dethrone the longtime dictator. Mrs. Clinton
argued that Gadhafi might engage in genocide and create a humanitarian crisis and ultimately
persuaded President Obama, NATO allies and the United Nations to authorize military
intervention.

Gadhafi’s son and heir apparent, Seif Gadhafi, told American officials in the secret
conversations that he was worried Mrs. Clinton was using false pretenses to justify
unseating his father and insisted that the regime had no intention of harming a mass of
civilians. He compared Mrs. Clinton’s campaign for war to that of the George W. Bush
administration’s now debunked weapons of mass destruction accusations, which were used
to lobby Congress to invade Iraq, the tapes show.

Gadhafi claims the Libya was set up and the NATO forces were actually supporting the very jihadists that overran Libya and killed his father.

Read the rest of this essential article here.