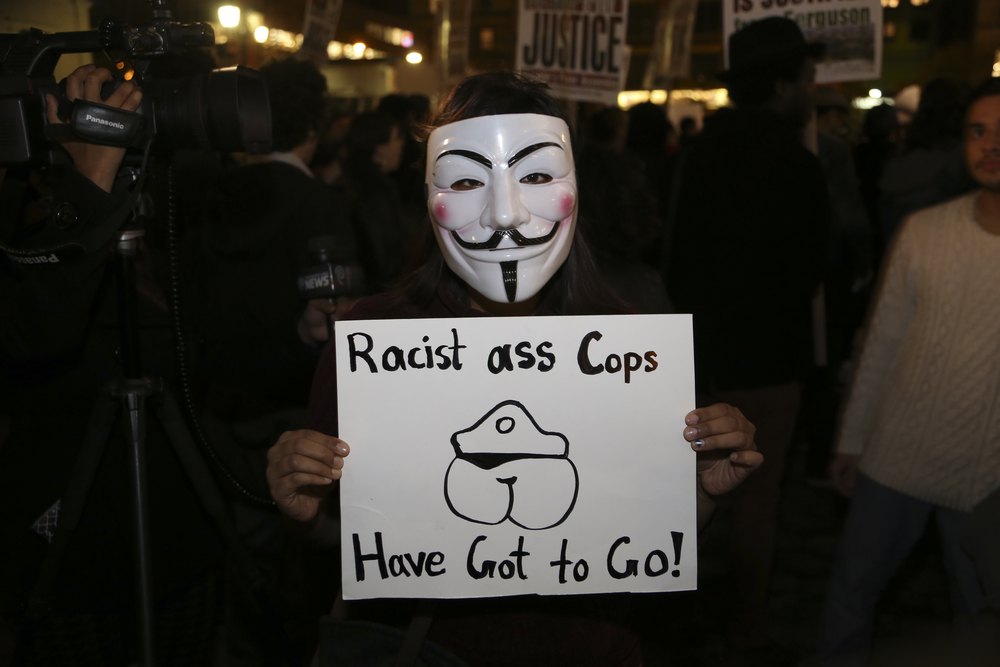 Liberals have no problem lying  because they believe their lies are in the service of a BIGGER truth. It’s okay to lie about Tawana Brawley or the Duke University Lacrosse team or Michael Brown and so on because racism in America is real and rampant. But, of course, if it were real and rampant, they wouldn’t have to lie.

We have heard a lot lately about tensions between the police and the communities that they serve, and the urgent need to reduce them. Here’s an easy first step: Stop lying about the cops.

The “national conversation” about race and policing we’ve been having ever since Michael Brown was shot by Officer Darren Wilson in Ferguson, Mo., last summer has been based on lies. The lie that Officer Wilson shot Brown while he had his hands up and was pleading “Don’t shoot.” The lie that New York City policemen targeted Eric Garner for a violent arrest because he was black. The lie, peddled especially by the progressive prince of New York City, Mayor Bill de Blasio, that the police are racist.

These are the lies that fuel hatred for the police, because if the police routinely execute black men in cold blood and serve a thoroughly racist system, they deserve to be hated. They should be the subject of nightly protests. They should be showered with obloquy. They should be harried by Attorney General Eric Holder. They should be considered a stain on the national conscience to be extricated at all costs.

This is the line of reasoning that leads to protesters chanting: “What do we want? Dead cops. When do we want them? Now.”

His rote praise of the police notwithstanding, especially now that he is under so much political pressure after the murders of Officers Rafael Ramos and Wenjian Liu, Mayor de Blasio is deeply invested in this smear. It is why he has made career anti-police agitator Al Sharpton practically deputy police commissioner. It is why he considers the police a clear and present danger to his biracial son, Dante. It is why he said the tragic death of Eric Garner in police custody was the product of “centuries of racism.”

The logic of the de Blasio view tends toward the conclusion that the police are unbelievably insidious: They recruit people of all races to go into dangerous neighborhoods on the pretense of protecting innocent people there, when in reality the mission is to harass black kids and, should the opportunity arise, kill them. If this were true, it would make the police as a class not just racists, but sociopaths.